Archive for the tag “fast food”

Tasty “California Bowl” with mahi-mahi at Rubio’s in Ramona, CA! It’s nice to be eating something here with just a fork that I don’t have to pick up.

Back in January I had the distinct honor of spending two weeks in southwest Ohio, courtesy of my employer. I of course took advantage of the opportunity to seek out some good Ohio foodstuffs. I quickly realized that Ohio cuisine consists primarily of three food groups. Chili, pizza and bar food.

As soon as I got off the plane in Dayton and before checking in to my hotel I headed straight for Skyline Chili. This place epitomizes the Ohio culinary scene. Founded in 1949, Skyline Chili is a chain of chili restaurants dotted throughout the region. The restaurant is kind of a trip. Unlike any place I’ve experienced in SoCal.

The popular thing to order is known as “Cincinnati Chili”. A bed of steaming spaghetti blanketed with their original secret-recipe (no bean) chili, then a heaping mound of shredded cheddar cheese. This is known as 3-Way. I had mine 4-Way which includes your choice of diced onions or beans. 5-Way is all of the above. The dish is visually stunning and tastes just as good as it looks. All that cheese though had me stopped up for a week.

These little Crispy Chicken BLT things at Wendy’s are super tasty! Great alternative to a burger and really inexpensive.

(Visited November 11, 2019) Tried the carne asada at Chipotle! Not very good. Kind of a mealy texture. I think I’ll stick with the barbacoa next time.

The ubiquitous #13 (add mayonnaise) at Jersey Mike’s in Rancho Bernardo! Perfection in a sandwich as far as I’m concerned.

One of the better specialty burgers I’ve had recently was the Bacon Jalapeño Cheeseburger at Wendy’s! Made with a quarter pound hot beef patty, pickled jalapeños, applewood smoked bacon, American cheese, crispy fried onions, a savory cheese sauce and a smoky jalapeño sauce. Not as messy as it sounds, it ate really well.

I dearly adore Arby’s, but unfortunately they’re becoming an endangered species in San Diego. On a recent trip to Palmdale I was blessed to be staying at a hotel very close to their local Arby’s. I of course had to go all out and get the half pound roast beef sammich, like a boss! Required some major jaw articulation but it was worth it. Almost evaporated their supply of Arby and Horsey sauce 😂

Finally made it into Raising Cane’s in Santee! I ordered “The Box Combo”. Very tasty, although their slaw is no more remarkable than the Colonel’s. Everything else was, so that’s good. Especially their great house dipping sauces!

Jack in the Box

Fried chicken sandwiches appear to be a culinary phenomenon now, so I tried JIB’s version. I have to say, everything about this sammich was great, except the chicken. I loved the buttery bun, crispy and fresh lettuce & mater, mayonnaise slather, etc. Unfortunately the chicken itself was quite institutional. Clearly no match for Popeye’s or CFA, but those curly fries though! 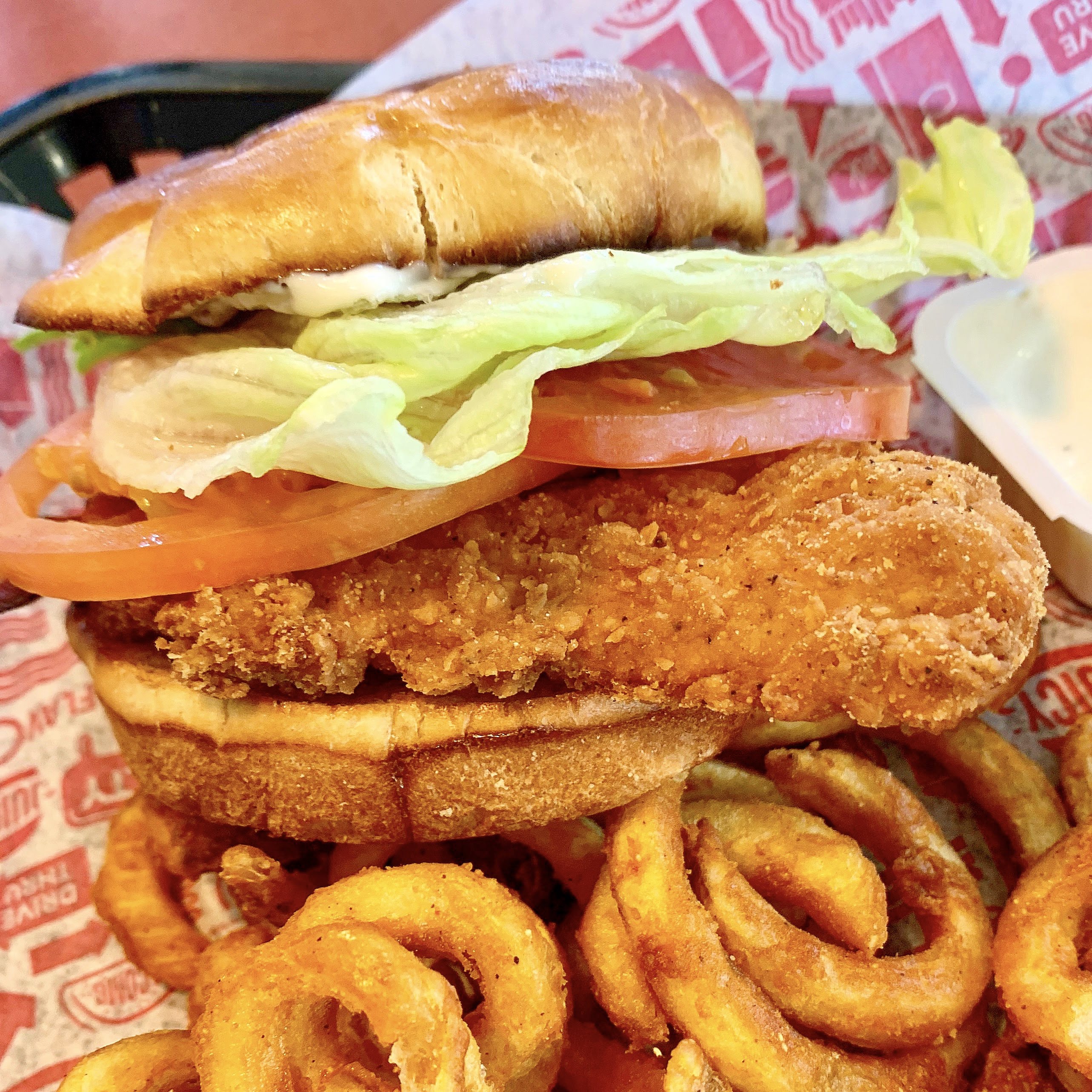