Archive for the tag “olive garden”

Excellent lunch portion of “Lasagna Classico” with an Italian sausage at OG in Carmel Mountain Ranch!

Tasty Chicken & Shrimp Carbonara at OG in Santee, CA! Not really a traditional version of carbonara but I still order it. Maybe once every five years or so.

The new “Four-Meat Italian Mac & Cheese” at Olive Garden is a dish that could have been, and should have been much better. It’s part of their new Oven Baked Pastas. Probably one of their least impressive “specials” I have tried to date. First of all, it did not come off anywhere near a traditional mac & cheese. Their Alfredo cheese sauce/bechamel was just a scant amount that never tied anything together in a homogeneous fashion. The dish is advertised as being topped with a hearty meat sauce of braised beef, Italian sausage, bacon and pan-seared beef. It was pretty much just a small amount of substance daubed in the center of the dish. I am using the term “substance” quite literally here. I wouldn’t say that any of these four meats clearly manifest themselves in any sort of discernible way. Lastly, this is hardly a “baked” dish. Unless they had baked it an hour earlier that is. I was expecting something hot, bubbly and steamy that I had to blow on for at least the first half. If you’ve ever ordered any baked pasta dish at an old-school red sauce Italian restaurant, you know what I’m talking about. After only a few bites in everything was pretty much room temperature.

One of the best things I’ve ever put in my mouth at any OG is this ‘Lasagna Mia’ thing! It’s a four-cheese lasagna rollata, topped with your choice of sauce and accoutrements. I ordered it with meatballs and meat sauce. Unfortunately, this was a limited time special and not available right now. So sad that the best dishes always disappear. I hope they add it to their regular menu someday. 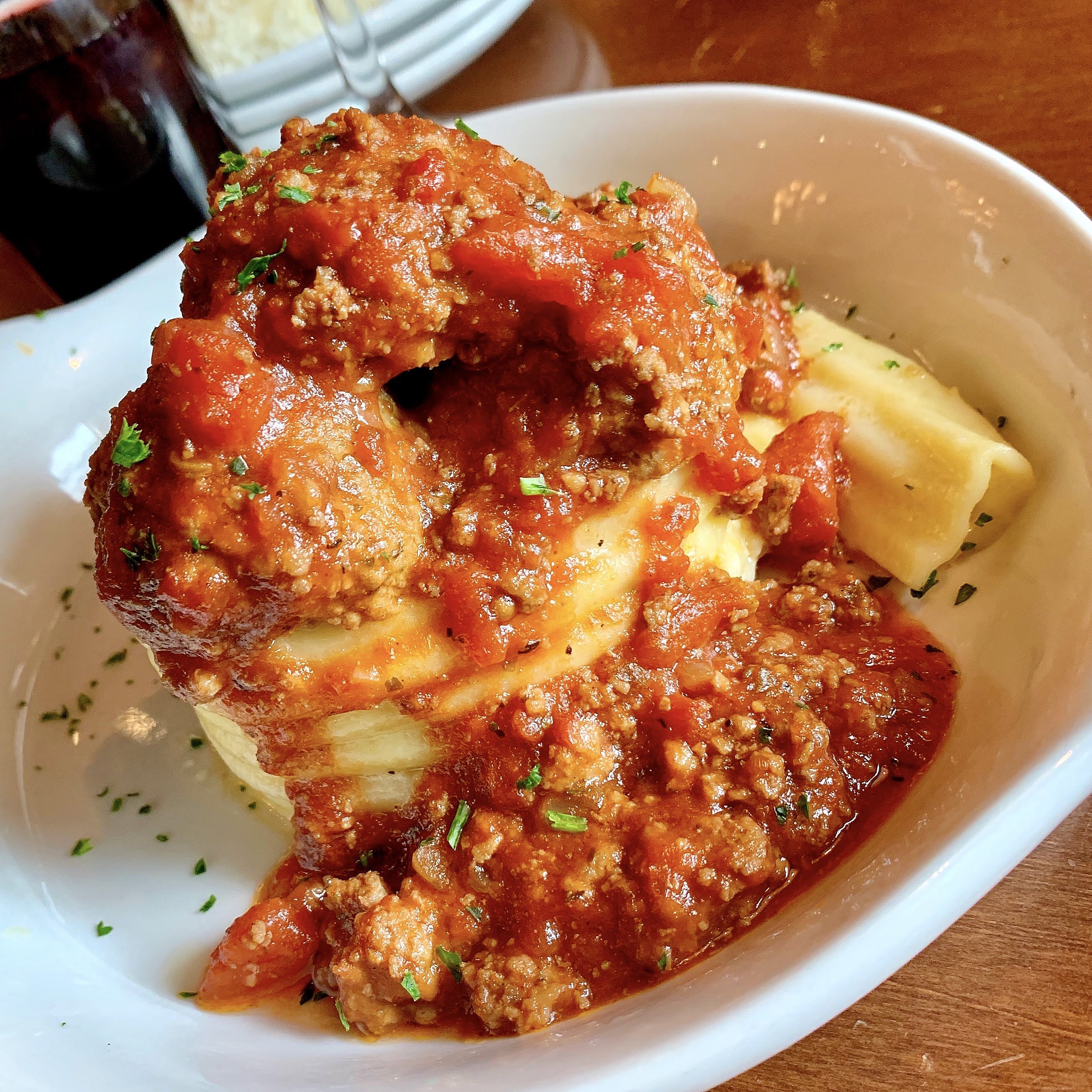 The Giant Chicken Parmigiana at OG was surprisingly good! Despite being such an obscene portion, I thought it tasted better than their normal everyday version. 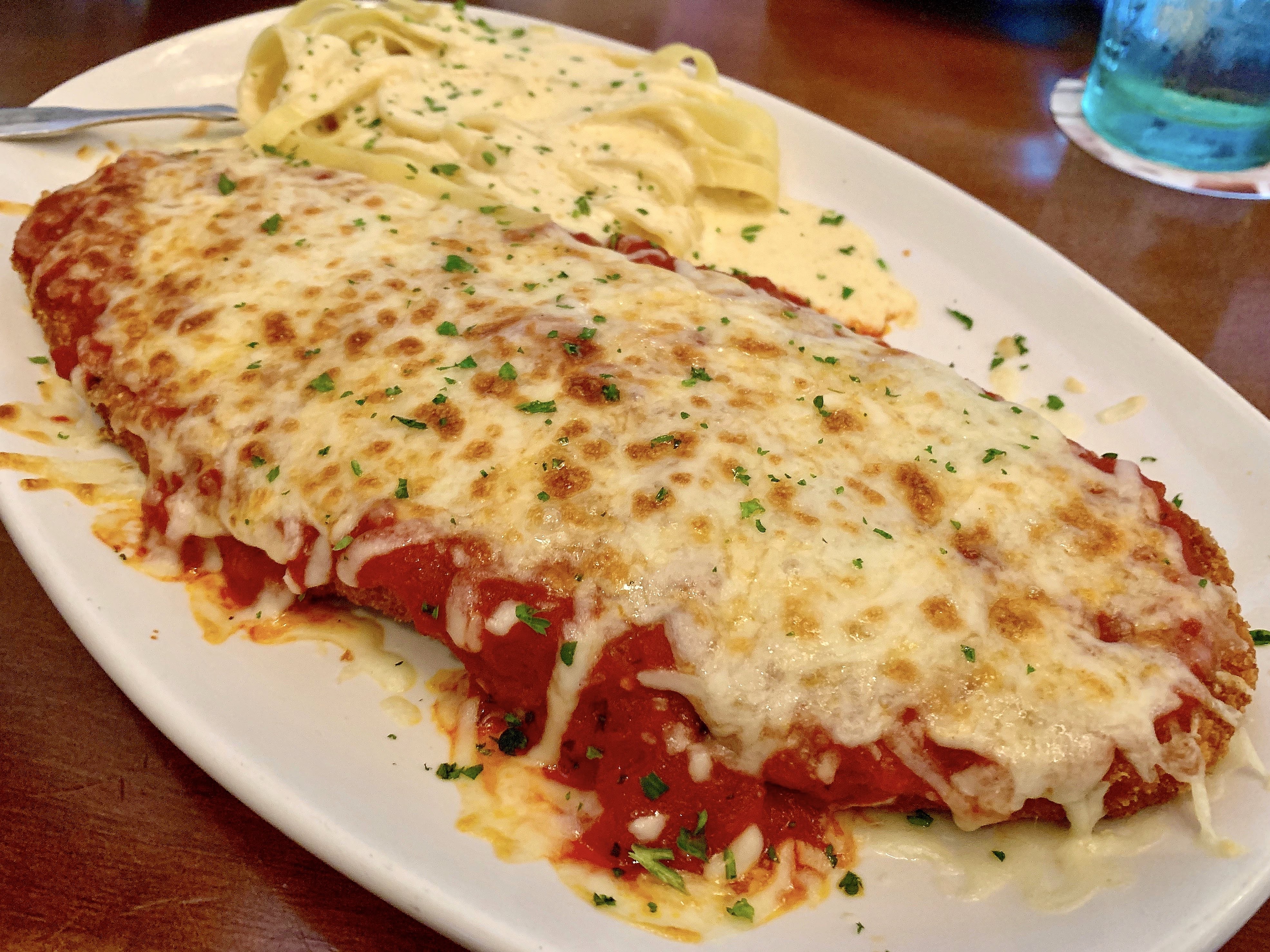 Tasty spaghetti with meat sauce and meatballs at OG in Santee, CA!

Outstanding Shrimp Scampi at Olive Garden in Santee! It’s so easy to overcook angel hair, I’m glad that was not the case with this dish.

OG’s food is usually consistently good. This time the presentation was quite shambolic and the pasta was over cooked. Lady Food Obs margarita however was stunning! 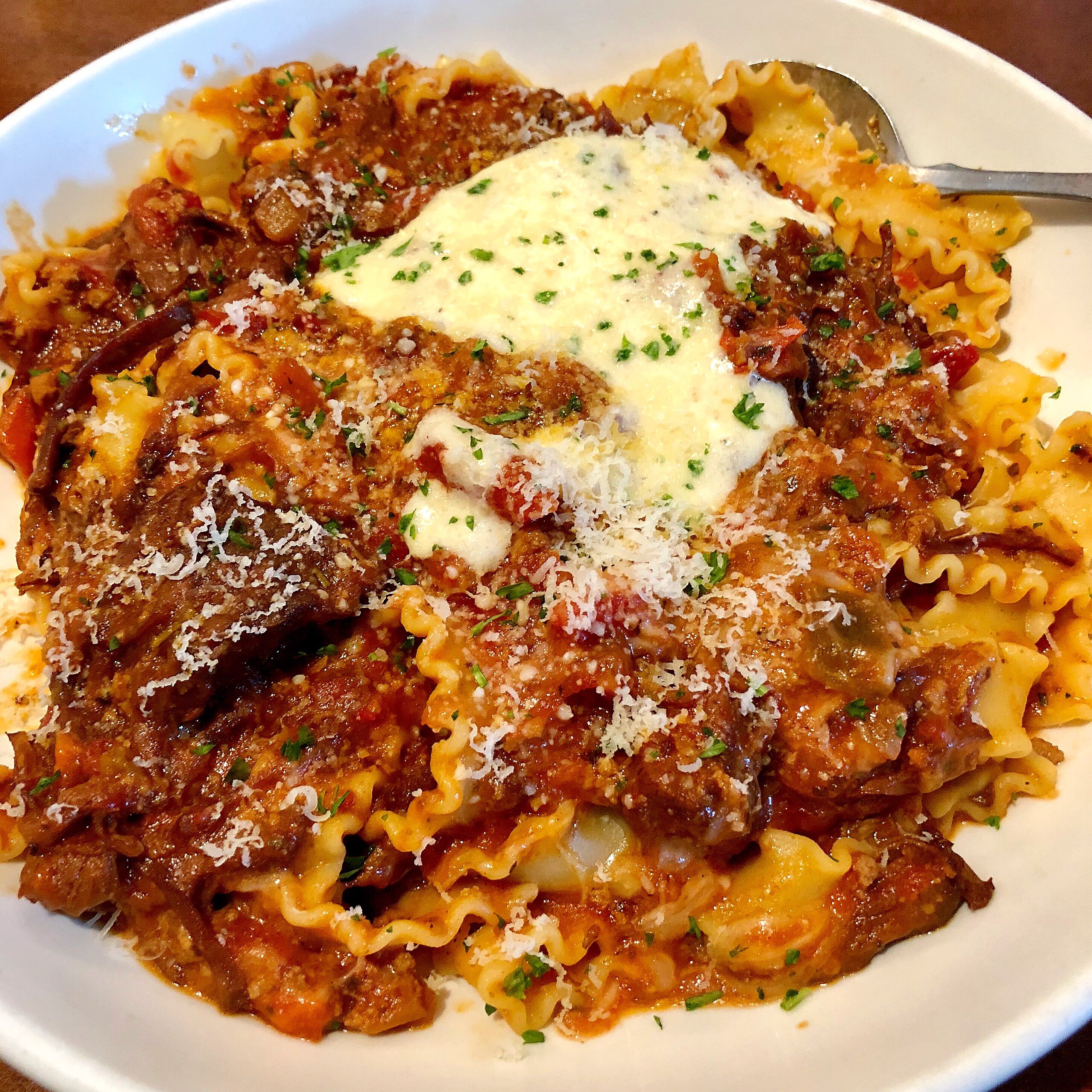 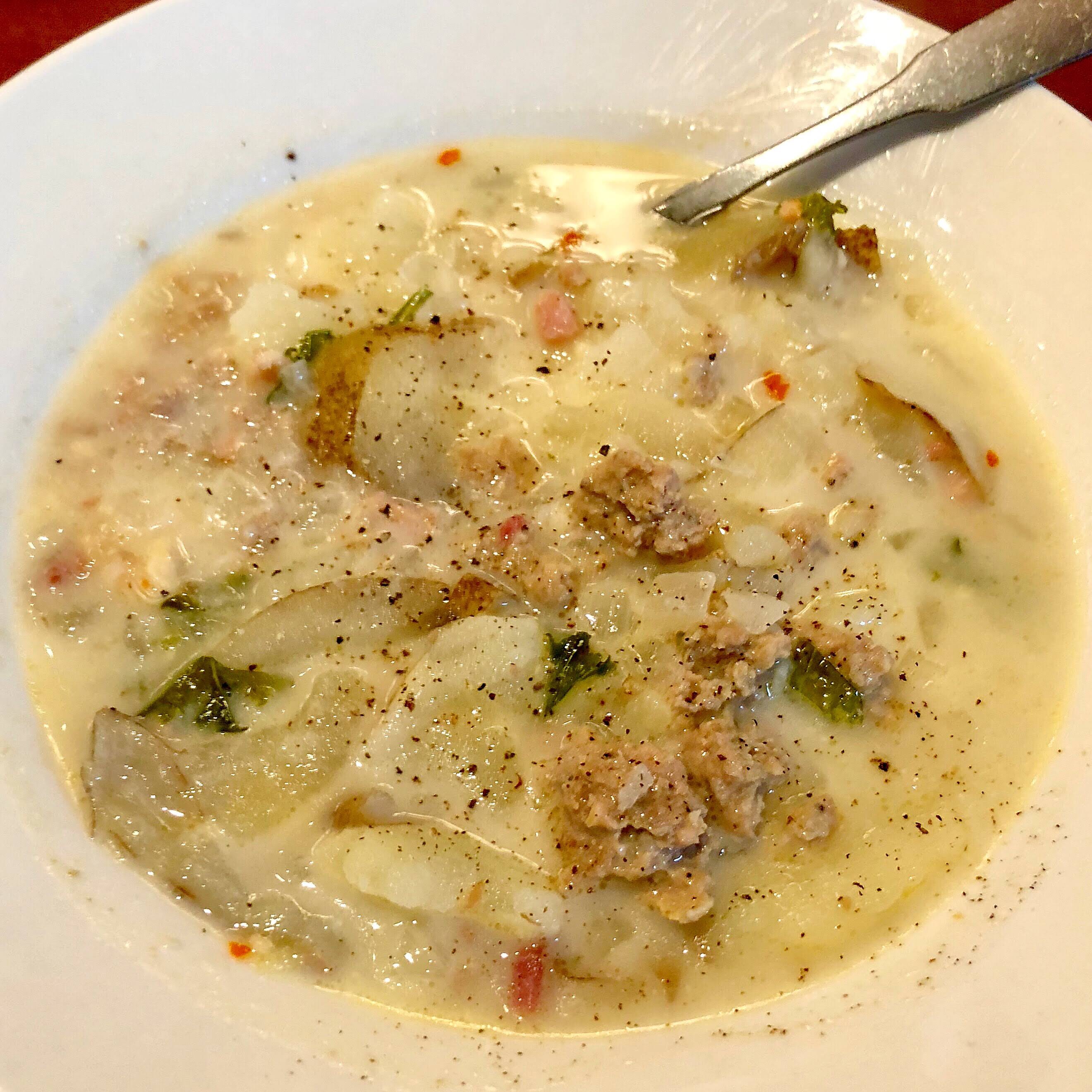